What! Salman Yusuff Khan replaces Dharmesh Yelande on Dance Plus 6; Shakti Mohan is back as a captain

Salman to be the new captain on Dance Plus Season 6 as Dharmesh continues to judge Dance Deewane
Submitted by Ektaa Kumaran on Sat, 07/31/2021 - 12:51

MUMBAI: Star Plus dance reality show Dance Plus is a very successful series on television. The show sees contestants of all ranges.

Now the concept of the show is where these contestants are being trained by coaches Puneet, Dharmesh, Shakti, and in the latest season, she was replaced by choreographer Karishma.

Remo D'Souza is the grandmaster of the show who judges the performance of the contestants.

And one of the USP's of the show is that it’s been hosted by Raghav, who makes the show very entertaining.

Last season Shakti wasn’t a part of the show, but this season the ace dancer is back and has taken the captain’s seat.

She recently posted a photo from the shoot of the show, and gave this good news to her fans.

As we all know that Dharmesh is an integral part of Dance Plus but this year as he is a judge on another dance reality show Dance Deewane on another channel, and thus wouldn’t be part of the show.

Dance India Dance Season 1 winner Salman Yusuf Khan will be replacing him on the show and will take the seat of the captain.

This will be the first season for Salman as a captain and it’s good to see him back on television, though the fans would miss Dharmesh.

Salman is one of the most renowned choreographers of the entertainment business and has won dance reality shows like Dance India Dance and Jhalak Dikhhla Jaa.

The shooting for the new season has begun and Shakti recently posted a photo along with the new captain Salman Y Khan.

This time Dance Plus Season 6 will see Salman, Shakti, and Punit as the captains of the show, whereas Raghav will continue as the host of the show.

For more news and updates from the world of television and Bollywood, stay tuned to Tellychakkar.com

(Also Read: Raghav, Punit and Dharmesh give a rocking performance) 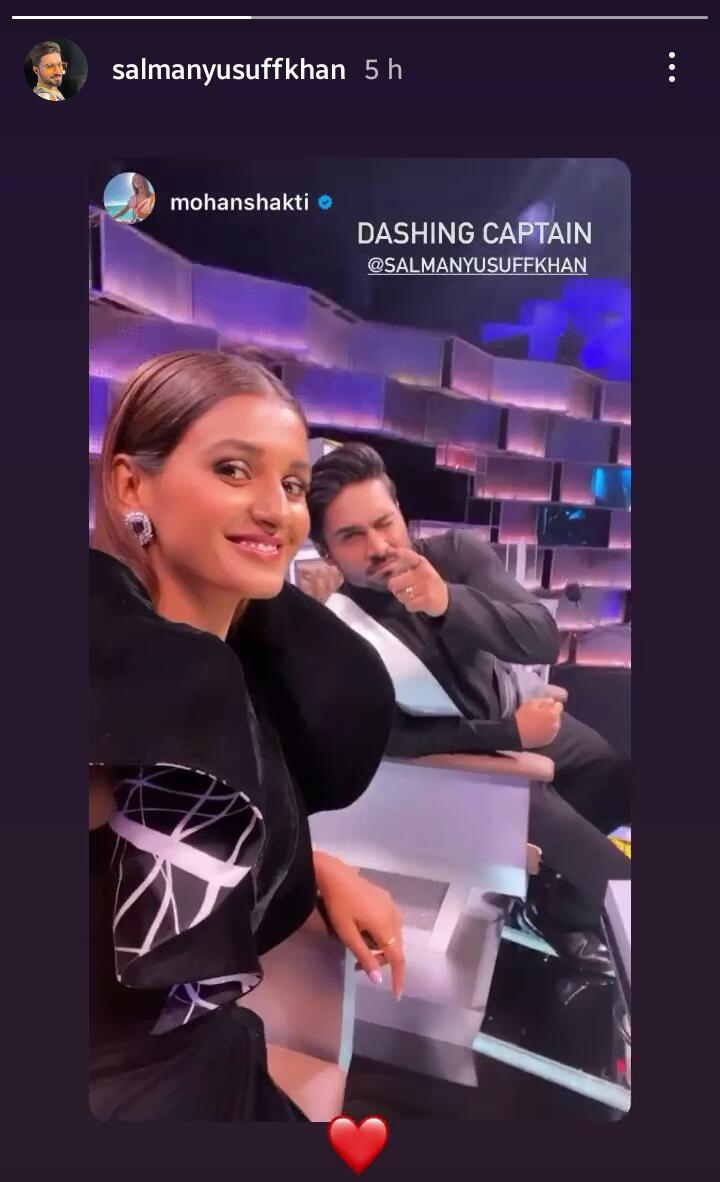 Top Stories
Swaran Ghar: Shocking! Vikram reaches Swaran Ghar with Swaran's mother-in-law
MUMBAI: Swaran Ghar is getting quite interesting with each passing episode. The current track of the show revolves...
Mouni Roy reveals her childhood nightmare on 'DID L'il Masters 5'
MUMBAI: Popular actress and judge Mouni Roy opened up about her biggest childhood nightmare involving clowns on 'DID L'...
Glamorous! Isha Malviya oozes sheer oomph in these sarees pictures
MUMBAI: TellyChakkar is back with yet another fashion update from the telly world.Also read...
Shocking! Take a look at your favourite TV celebs who have quit popular television shows for various reasons
MUMBAI: The TV industry is also a dynamic industry when it comes to work. Sometimes TV shows reach the height of...
CONGRATULATIONS! Nakuul Mehta is INSTAGRAM King of the Week!
MUMBAI: Well, as we wrap up yet another exciting week, it’s time to crown a handsome hunk from the telly world as...
Unbelievable! Can you believe THESE Bollywood movie items were auctioned at an insane price?
MUMBAI: After a Bollywood film is shot, the items or objects used are auctioned to raise money for various charitable...
Recent Stories

Unbelievable! Can you believe THESE Bollywood movie items were auctioned at an insane price?
Latest Video